Edna Paech was a loyal, faithful and devoted servant of Luther College during the years 1964 – 1980. A teacher of English, History and Scripture, she also mentored students as the unofficial Senior Mistress of the girls Boarding House. Married to College founding Principal Pastor John Paech, Edna’s contributions across every aspect of Luther’s early years provided an integral foundation helping shape the school we are today.

Edna passed away peacefully in October aged 100, we celebrate her wonderful life.

From her early days Edna recognised the importance of education. She completed her Leaving Certificate via correspondence while sitting in the corridors of Dimboola Higher Elementary School. She boarded in Horsham during 1937 and 1938 so she could attend Horsham High School. As dux, her results earned her a scholarship to study for an Arts degree at Melbourne University in 1939. Always passionate about English literature, she graduated with majors in English and French. Her second teaching post was at Concordia College in Adelaide, where she met her future husband, John, who was at the seminary studying for the Lutheran ministry. After their marriage she also taught at Geelong High School and Malvern Girls High School. When John accepted the call to be founding principal of Luther College, Edna used her considerable expertise to teach English, History and Scripture.

Edna’s contributions to those first years of Luther’s history comprised so much more than mere facts tell. She was widely recognised and respected for her excellent teaching skills, thorough in her preparations, expecting her students to be as committed to their education as she was. Despite managing the rigours of a teaching load as well as motherhood – career mothers were relatively rare at that time – Edna became dedicated to the welfare of the girls, the boarders in particular, unofficially taking on the role of Senior Mistress. The girls gained a reputation for being the best dressed students in the area. She was firm and forthright but very supportive of staff and students alike.

The original suggestion of Luther College as the name for our school came from Edna Paech, and when her husband John agreed to the suggestion the seed was sown. By August in 1962 the name had attracted enough support to be officially adopted by the various committees and councils of the Church.

Always gracious and unwavering in her support of the College and the Headmaster, Edna quietly carried out her many duties with patience and dignified efficiency. She was dedicated to teaching secondary students, trying her utmost to engage and encourage them in learning and discussion. One of the highlights of her career at Luther, in the eyes of many, was her portrayal of “Aunt Eller” in the school’s musical production of “Oklahoma”.

Edna’s life was full and varied, but it was her selfless dedication to service that truly stands out. At 90 years of age Edna penned the autobiography Indominable Mouse, from the book are these words.

My life is filled with contentment, and gratitude for what I have had in the past, what I have now, and what my faith assures me is awaiting me when I die. Meanwhile there are so many precious memories to mull over, so very many special people close by whose company inspires me to seek them out and I am never lonely. Nor am I any longer the shy reclusive mouse I once was. I have truly learned that I am indomitable as far as that is concerned. I still have a life to live to the full.

Thank you Edna for your steadfast support and dedication to our school.

To read her book Indomitable Mouse by Edna Paech. 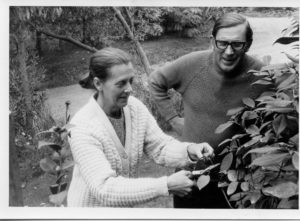 Edna and husband John in the Luther gardens. 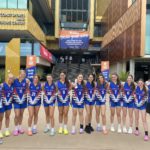 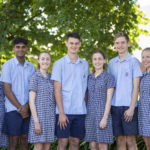 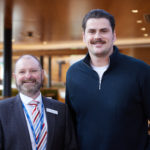