“After all these years, with my lifelong connections, I guess you could say I’m Luther through and through.”

It’s Tuesday 11 February 1964 and Luther College’s 53 foundation students are assembling under the imposing cross, clock and bell tower for the first time. Among the Form II (Year 8) students is Grace Gellert. Standing there in full uniform: the dress (no shorter than two inches above the knee), blazer, hat and gloves she’s a bundle of nerves and excitement. But on balance, she’s more excited than nervous. She can’t wait to see what life on campus will be like. She’s a boarder, along with most of the other students. Only eight of those enrolled are locals – the day students.

Grace had to do Form I at Ararat High, a small country school, a 40-minute bus ride away from the family farm in Willaura, western Victoria because Luther was still under construction. Now the building and grounds are ready, and here she is, at the tender age of 13, not just making her own way in the world, but helping make Luther College history.

Fast forward 55 and a half years. It’s another Tuesday and Grace is reflecting with great clarity, fondness, overwhelming positivity, and often amusement, on her formative four years at the College.

She remembers what a comfort it was to have her brother, Martin with her on campus – a couple of cousins too. They loved Luther, their boarding experience and the value of being part of such an intimate, close-knit community. “It’s the people that have held us close to the College over the decades”, Grace said. “And it’s why we love the reunions. We wouldn’t miss them. We get to connect with our classmates and reminisce. We’re also grateful to discover that the spirit of Luther that was so important to us is still the same today.”

So, what was it like in those first years?

“Well, it was fun, but it was scary too, especially at first, and it was definitely all about rules and the routine.” Grace giggled as she explained the details. “Even the dinner menu was on strict rotation: 4 ‘n’ 20 pies, fat saveloys, fish ‘n’ chips, bread and butter pudding made from left over toast, and what we dubbed ‘mouse meat’ – a grey, tasteless stew that was hard to swallow. It wasn’t good”. Yep, copy that!

“We slept in cubicles, two to a space. It was when I was shown my cubicle on that first day that I met Judy. We were best friends instantly, and nothing’s changed. We’re still bound by our shared background and experience.” Grace remembers having to make the bed with hospital corners and the regular inspections to make sure they were just right. They had other chores too – meal duties, cleaning the bathrooms and common room among them.

“We were ruled by bells”, Grace reflected. “It was like being in the army. Being regimented was a way to keep things under control, I guess. Running a boarding school was new for the administration and they wanted to avoid trouble. The rules saw to that – well, mostly!” After school the students filed into one of the classrooms to do homework with a duty teacher supervising and sometimes, they got to watch TV after tea.

Everyone was responsible for doing their own washing and ironing on the weekends. “No one did anything for us”, Grace explained. “We had to be independent and do things for ourselves. It made us pretty good problem solvers. We had to solve our own conflicts too. There was no running off to your mother to sort things out.” Grace realised later how valuable it was learning how to manage relationships, to be self-disciplined and resilient. “It set us up for success, maturing us and making us wise beyond our years,” she said.

“Don’t get me wrong”, Grace was quick to add, “we had plenty of good, old-fashioned fun too. We spent lots of time outdoors, sitting on rugs with our transistors. Life was simple. It was good. But we also got bored. It made us ingenious at finding ways to meet up with the boys, who of course, there was a huge effort to keep us separated from!”

“We were kept busy with sport too. On Saturday afternoons we’d play netball, volleyball, softball, tennis, football or cricket. It kept us fit and healthy, as well as occupied! One of the house mistresses was a seamstress, so we girls were also taught sewing in our downtime. Saturday nights we entertained ourselves with concerts, quiz nights and the occasional film. There was a dance social once a term – and yes, we had midnight feasts! On Friday night shopping expeditions, we’d blow our pocket money on treats like lollies and cream buns. These were stowed and produced for those nights. Nothing ever tasted better. Sometimes we were caught by our house mistress. Detention followed, but it was always worth it!”

“Sundays”, Grace recounted, “we went to the Lutheran church in Ringwood but later we had chapel on the grounds in the Assembly Hall.” For Grace, Luther’s Christ-centredness was a particular blessing. She puts the school’s Christian ethos down to making her feel comfortable, and at home, so quickly. It was the right place, she observed, for a reasonably naïve Lutheran country girl. It also underpinned the care shown. Grace can testify that the care Luther’s so well known for today, was there from the start. “It’s as foundational to the College”, she says, “as every student who was there on day one.”

As far as the learning goes, Grace remembers it was all about rote. “Learn this, learn that. It was about having knowledge poured into us. Women had limited opportunities in my day. They basically became secretaries, teachers or nurses before marrying and having kids. We were being prepared for domestic duties, really”, she said. Grace didn’t have much choice at the end of fifth form – Year 11. Her mother was ailing and needed help on the farm. So back she went. It was what a loving, loyal daughter did.

What a surprising turn life took, when just a couple of years later, fellow boarder, John Tink, found himself in Willaura. As Martin’s friend, it wasn’t long before he was also literally on Grace’s doorstep. He’d come to work in the bank, and so, as Grace so aptly put it, “the rest is history!”

The couple married and after nearly five years in Adelaide, the family, now including three daughters – Paula, Cindy and Julia – returned to Melbourne’s eastern suburbs. The hope of sending the girls to Luther was in the back of their minds when they chose that location, and it was realised. These second-generation Luther students each took away valuable lifelong learnings, much as their parents had before them. They attribute their time at the school with learning resilience, leadership skills and emotional intelligence. There was the opportunity to grow in dependence on God too.

And what of Grace? Was motherhood enough for her? As it turns out, it wasn’t. With midlife came the realisation that as far as education was concerned, she’d been denied closure so with the courage and spirit that life at Luther had taught her, she went back to school. A TAFE welfare course led her to work at the Good Shepherd Lutheran Church in Ringwood, first as a volunteer, then an employee in a new community-based youth program. In the early 90’s there was a real problem with youth homelessness and the church was running a mediation program between young people and their families to help keep kids at home. They needed the right people involved. Grace was one of them.

It was innovative, unique and meaningful work, and Grace loved it. She thrived in the roles of mediator, support worker, parent educator, house supervisor and counsellor. All she’d learned as a boarder at Luther came rushing back. She needed it to help build relationships, run a tight ship, talk straight, administer tough love and help young people learn to be independent, all the while ensuring they felt cared for and valued. Could her preparation at Luther have been more relevant? Hardly.

Our conversation is coming to a close, and Grace has just a few more things to emphasise… “I still love saying I went to Luther College”, she tells me. “People don’t always know the school, but I’m proud to talk it up. I’m so grateful for all I learned there and I can see that it’s still a wonderful environment to grow up in and discover yourself; to learn how you can contribute to the world. I stay close to the school because I love the place, sure…but also because creating community for others is important.

After all these years, with my lifelong connections, I guess you could say I’m Luther through and through.” 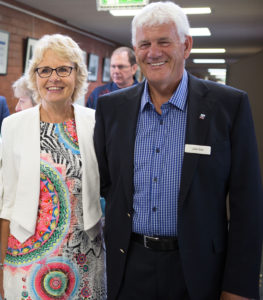 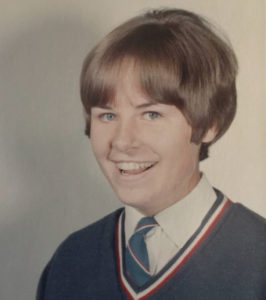