For most people, stepping into the Batcave or standing in front of a Star Wars X-Wing would be nothing more than a fantasy, but for Class of 1993 Alumni Greig Fraser, it’s a reality.

An award-winning cinematographer, Fraser is currently working in London on the latest instalment of DC Comic favourite Batman. Together with Director Matt Reeves, Fraser is set to take audiences on a visual journey back through the streets of Gotham City. Set for a 2022 release, the film has quite the cast including Twilight’s Robert Pattinson as Batman.

Fraser has been steadily building his enviable CV, with films like Rogue One, Lion and Zero Dark Thirty.

“I have a firm belief that you need to keep doing stuff that challenges you. Pushing yourself and being brave with your choices both personally and professionally. Even occasionally feeling terrified pays off,” he laughed.

It seems that bravery is well and truly paying off.

It has been a big ten years for Fraser, receiving his first Oscar nomination for acclaimed movie Lion and then this year taking home a Primetime Emmy for his work on Star Wars spin off The Mandalorian. If that’s not enough the epic sci-fi blockbuster Dune hits cinemas late 2020.

“I like to push myself and create something amazing, but equally you can’t please all the people all the time and you have to push on, do your best and hope that people appreciate the end product,” he said.

Boasting incredible diversity, Fraser’s projects range from documentaries and commercials, to dramas, biopics, thrillers and more recently science fiction. Working with big name directors Jane Campion, Denis Villeneuve and Kathryn Bigelow, sports stars including the late Kobe Bryant and an enviable list of actors and actresses, this boy from Mooroolbark has certainly made a name for himself in Hollywood.

Winning an Emmy for his work on The Mandalorian, its Fraser’s innovative approach to film making that is attracting attention. The use of LED screens to replace locations means actors can be transported almost anywhere without the physical challenges of shipping an entire crew to multiple locations.

“As well as being cinematographer, I coproduced The Mandalorian which meant I was able to develop this new technology. Ultimately if we can get the same great results but be more efficient when making films, we reduce budget and help the environment as well. “With technology now a massive part of the film business, being agile and proactive is essential,” he said.

Fraser’s passion for photography developed in his late teens, when he stumbled across a skill he didn’t know he had thanks to Luther College teachers Mr Robert Mau and Mr David Modra.

“My path wasn’t as defined as some; it was a slow burn. I tried things and wasn’t always good at them, but I am doing what I am doing now because of the amazing leadership and guidance from teachers and staff at Luther. One person can change your life – they saw in me a skill that others didn’t,” he said.

Nearly 30 years on Fraser sees the world differently through the lens of his camera. The angles, the light, the beauty.

“I’ve learnt how to see the world and capture what I want through a camera. What I thought was a great shot twenty years ago perhaps wasn’t, but you learn as you go and never stop learning,” he said.

Fraser was immortalised at Luther in 2012 with the introduction of The Greig Fraser Photography Award given annually to a student showing photographic promise. Entries are judged solely by Greig, something he sees as an important part of maintaining his connection and giving back to the College.

“I love seeing student entries, knowing I can encourage someone who sees the world a little differently. The images I see and judge, I go off gut instinct, if they see the world in an unusual or abstract way that is great, that piques my interest,” he said.

As far as future projects go, Fraser and wife Jodie Fried along with kids Felix, Leo and Poppy have become quite the international travellers. “I can’t wait for the opportunity to film at home. Australia is a powerhouse of film making but with every project we must see what fits.

“Family is a major factor in deciding my projects. A lot goes into looking at ‘what’s next’. I ask myself – where will it be, how will that work for family, what is the impact on my wife’s business, is it a great project? We are always trying to make the most of the opportunities the job gives, but equally the job asks a lot in return. It can bite into your life, but it can also give a lot back. My kids visited the set of The Mandalorian and Dune and that is an incredible educational experience.

“To them though, I’m just Dad, my eldest son just asked me when my Emmy was being delivered so he can take it to school for show and tell. I am not sure how I feel about it being thrown into the bottom of his school bag!” he said.

Greig’s 30-year reunion is in 2023, a milestone he couldn’t quite believe!

“When I think about thirty years, I can’t believe that’s even possible,” he said.

Whether a project brings him home or we continue to watch his career in awe, the College is proud of Greig Fraser, an innovative visionary bringing film and photography to life. 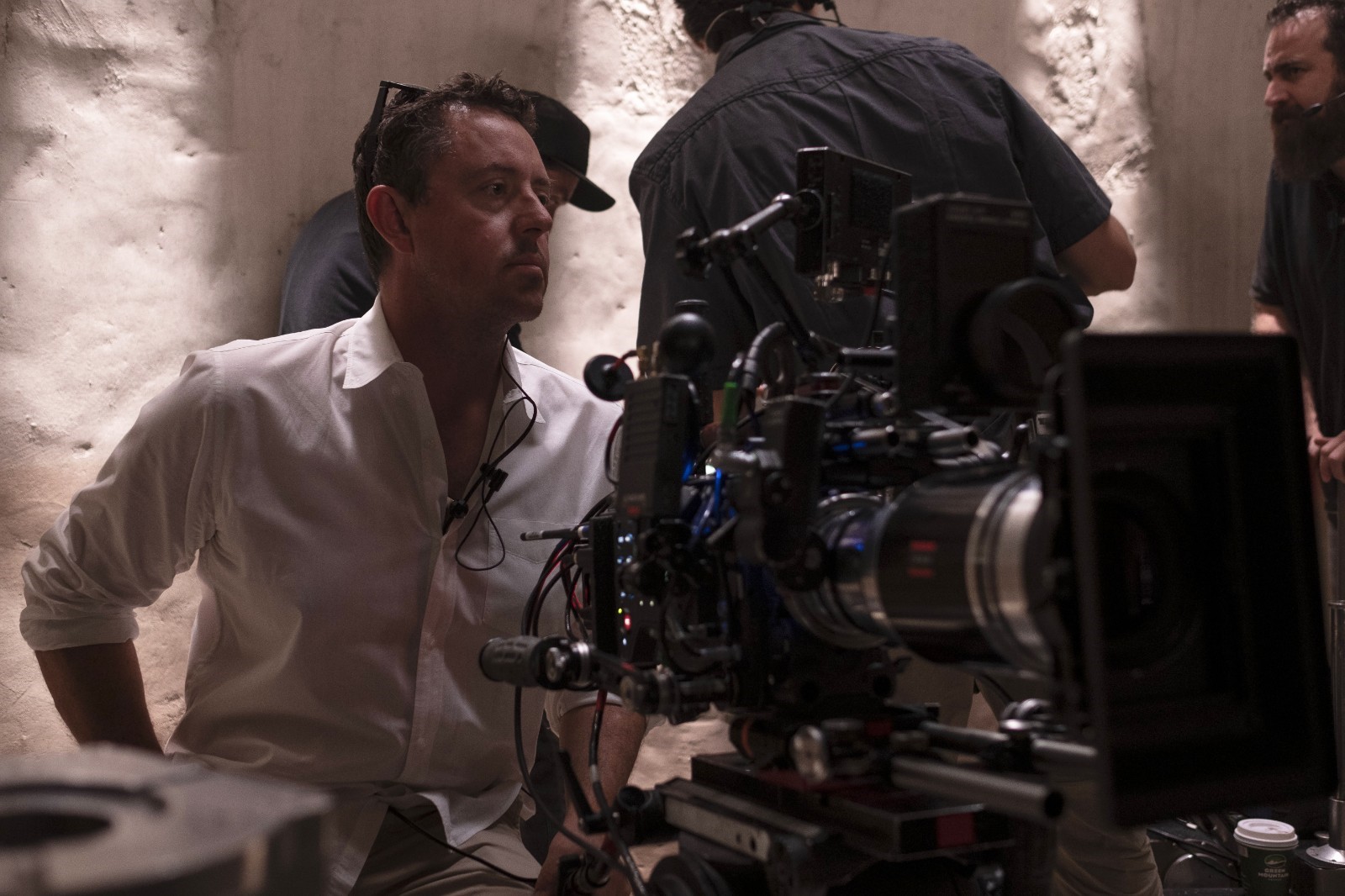 Check out Greig’s work by visiting his website www.greigfraser.com